The connection speed (in making and receiving calls) gets improved.

A ringback tone starts ringing sooner and connection gets faster. If the other person uses an older version, the connection speed is as usual.
Besides, you can start talking sooner than before after you tap "Answer."
Furthermore, the vibration lasts longer while the app is not launched, so you can detect incoming calls more easily than before.
Note: That applies to iOS 8 or later. 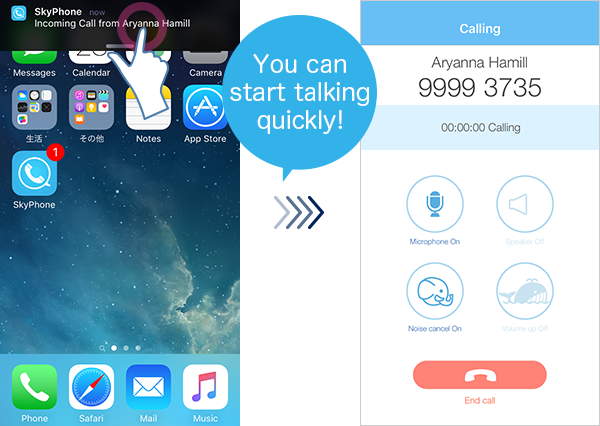 SkyPhone is a simple, FREE voice call app with a high quality sound. If you have not used it yet, why don't you download it now and experience the sound?